Tell Us about Yourself

Entering 11th grade, entering dual credit program at UNM-Taos to major in mathematics for an associate’s degree when I graduate high school. I am currently in the process of completing two U.S. Patents on portions of projects developed during AEOP programs.

What AEOP program(s) did you participate in?

People hear the name “Army” and hesitate, but it’s more than military, it is an open window to a land of opportunity. If you don’t think you like science, but you have ideas, AEOP programs are a great platform to find out whether you want the STEM path or something else with a great support system to back up those ambitions.

Best Things about the Program?

eCYBERMISSION showed me the possibilities that AEOP could offer and introduced me to the concept that the Army includes more than stereotypical military, but opportunities for citizen scientists. By being exposed to and being able to explore those opportunities by being around mentors, I was given a whole new world of options that allowed me to start focusing my career paths. I and my team were sent to the Natick Soldier Systems Center through an invitation extended to the program, which gave me a giant insight and inspiration to the STEM field I wanted to pursue.

How Participating in AEOP Inspired You to Advance in the STEM Field?

By being exposed to the world of opportunity available within the Army and particularly RDECOM, and by touring the Natick Soldier Systems Center, I was given a vista of options and inspiration to work harder and focus my goals. I realized that there were people out there beyond the walls of the small town I live in who were interested in the work that I was doing, and that it wasn’t just a science fair project.

I was on the Tonight Show Starring Jimmy Fallon with the project that was at eCybermission, thanks to eCybermission. 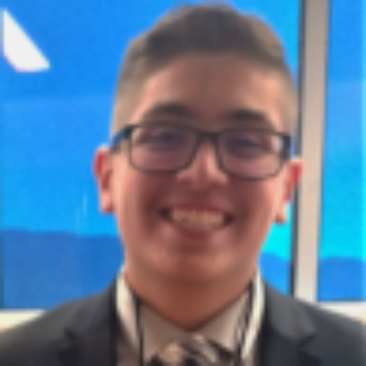